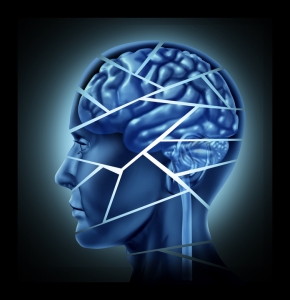 Apparently, not all the NFL front offices got the memo that NFL Senior Vice President of Health & Safety Policy Jeff Miller recently admitted that the NFL was aware of the link between playing professional football and developing chronic traumatic encephalopathy (CTE), a severe brain injury. This admission occurred on March 14, 2016, before the House Energy and Commerce Committee in a congressional roundtable discussion.

That admission has been embraced by players, medical professionals, and others, as it may put the NFL on the hook for compensating former players who have been diagnosed with CTE.

Since Miller’s acknowledgment, prominent NFL figures have played down the assertion that the NFL knows of a definitive link between playing football and developing CTE.

For instance, Dallas Cowboys Owner Jerry Jones has stated he’s unaware of any such relationship between CTE and football. Likewise, NFL Commissioner Roger Goodell has skirted the issue, stating:

I think the most important thing for us is to support the medical[experts] and scientists who determine what those connections are.

Many former and current NFL players have been outspoken about the link between football and the crippling brain injury known as CTE. They even have the proof from Boston University Neuropathologist Dr. Ann McKee, who has discovered and shared1 the following startling statistics:

In light of Miller’s recent admission, some advocates are seizing the opportunity to renew their calls for NFL to institute stronger rules – particularly when it comes to penalizing players for helmet-to-helmet hits. The thought is that these penalties could reduce the incidence of head impacts, the cumulative effect of which is thought to significantly increase the risk of developing CTE.

It remains to be seen whether the NFL will rise to the cause or continue to try to stay on the fence about the issue. As we await more updates, share your opinions with us on Facebook & Google+.

If you or a loved one has sustained a brain injury – or any catastrophic injury – as a result of negligence, contact a Denver personal injury attorney at the Klibaner Law Firm for honest answers about your recovery options.

You can call us at (303) 863-1445 or email us using the contact form on this page to schedule a free initial consultation with one of our lawyers. From our offices based in Denver, our attorneys provide superior representation to injured people throughout the Denver metro area and Colorado.